It’s Honeycrisp season! Do you know how they came to be? What fun it would be to eat a meal with a man who helped us all learn more about genetics. Especially if the menu included things that our knowledge of genetics helped make possible.

Gregor Mendel and the fascinating things he learned from the garden and working with pea plants was one of my favorite things to learn about in school. Why I have brown eyes and my sister has green eyes became crystal clear after hearing about dominant and recessive genes, as one random example of why it was interesting to me as a kid. Or why I’m tall and others in my family are short.  How some apples made other apples possible.

Why do we eat what we eat? Where did the different variations of food come from? How long have people been enjoying different foods? Who was the first one to try a new food? Who doesn’t anticipate strawberries in the spring; Bing cherries, tomatoes, and corn on the cob in the summer; squash and apples in the fall; root veggies in a stew in the heart of winter? Yep, food is fun, and some of it has been around for a very long time, while some is newer to our menus.

Here are just some of the foods that I would love to talk with Gregor about (I picture myself on a first name basis with him, just FYI) while enjoying them through the year. He’d be at my dinner party of people I’d want to talk to if given a chance. And yes, I’d want to do it seasonally with a menu to reflect the time of year.

Seedless watermelon. Growing up, spitting watermelon seeds in the backyard was fun. As an adult, this isn’t quite socially acceptable, at least not yet. Enter the seedless watermelon. Agriculturally speaking, seeds are needed to grow our food.  From a culinary enjoyment point of view, seedless watermelon is a bit easier to eat in the presence of others, so thankfully, this option has been on the menus for a few decades now. This is a hybrid from traditional breeding techniques. Watermelon is a refreshing option that has been on our menus for about 5,000 years. Nutritionally speaking, it is high in vitamins A & C, and also provides a bit of iron and calcium.  A nice 2 cup (diced) portion is about 80 calories.

Honeycrisp apples. Going apple picking is a fun activity to do when fall arrives. Picking out favorite apples in the grocery store is almost as much fun, especially in anticipation of that first crisp, sweet burst when you bite into what has become my favorite apple. This apple is a cross between two different apples. If you look into this apple’s story, this one almost didn’t make it to market. It came from a little tree that was almost cut down, until someone tried the fruit that was on it and the apple world as we know it changed forever. (This is a somewhat dramatic statement, but I love this apple that much).  A large apple is about 130 calories and provides nutrition like fiber, Vitamins A and C, calcium, and iron.

Golden beets. It feels like you either love beets, or you don’t. I do, both red and yellow (and other variations), and people have been enjoying them on our menus for a long time.  Beets are versatile and can be enjoyed hot or cold. For about 35 calories per beet, you get some folate, fiber, calcium, vitamin C, and iron.

Who would be at your table for an inspiring conversation over a great, balanced meal? 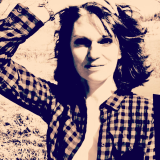 I am a dietitian working in food and fiber (agriculture) through retail, addressing opportunities to make things better for people and planet.

2 replies on “An Apple Chat Over Dinner with Gregor Mendel”

A great read, Kim. Interestingly enough, Villanova University where Jack attends, has a Mendel Hall and a long-stranding commitment to his work.

Thanks, Annette! Glad to hear he’s being celebrated properly on campus. Smart people are my favorite. They need to be who we are all talking about.